The CCP has learned to use the robust U.S. legal system to weaken America’s standing as the world’s leading superpower.

In its relentless quest for global hegemony, the Chinese Communist Party (CCP) knows no bounds. Arguably the world’s most oppressive regime, the CCP has one overarching goal: to promote the interests of the Party, spreading its ideology and control to every corner of the globe.

The United States and its western allies stand in their way.

The CCP is poignantly aware that it is not yet able to destroy the West at a kinetic level of warfare. In a head-to-head confrontation with the U.S. and its allies, China would be overmatched—literally outgunned militarily. However, there are other devastating ways to wage asymmetrical warfare to undermine and weaken the U.S. while simultaneously building the CCP’s military objectives and capacity to wage war in multiple theaters.

The CCP functions on the premise of “three warfares” (san zhan): public opinion warfare, psychological warfare, and legal warfare. These three interrelated and mutually reinforcing systems can hamstring the strategic and tactical capabilities of the U.S. and its allies—even their military capabilities.

The CCP has learned to use the robust U.S. legal system to weaken America’s standing as the world’s leading superpower. Tactics known as “lawfare” exploit both the strengths and weaknesses of law and litigation to tie up, obstruct, undermine, and divide the United States internally and on the global stage.

Lawfare is a major component of fifth-generation warfare, which uses information and data to exploit and redefine cognitive biases, manipulate worldviews and destroy opponents from within.

“The CCP understood they needed the West to advance, and they are still taking advantage of that,” according to retired U.S. Air Force Brig. Gen. Robert Spalding.1 “Thus, the only option is for us to completely decouple and prevent our citizens from engaging with China.”

It is critical that U.S. lawmakers, policymakers, and military leadership understand China’s three warfares and meet the threat head-on. A merely defensive posture plays into the CCP’s intent to immobilize U.S. companies, governmental agencies, and the military through endless litigation and manipulation of public opinion.

Ultimately, lawfare is used as a means of achieving military objectives—while simultaneously constraining the West’s ability to employ its martial advantages—and that makes lawfare a serious threat to U.S. national security.

The first step in defeating these tactics is to, as Sun Tzu wrote, understand the enemy. The second is to use that understanding to formulate offensive and preemptive strategies and beat the CCP at its own game.

It is important to understand that the CCP will hold its opponents to legal and ethical standards that it has no intention of following itself. Lawfare, wrote Dean Cheng, former Senior Research Fellow at the Asian Studies Center, “involves arguing that one’s own side is obeying the law, criticizing the other side for violating the law, and making arguments for one’s own side in cases where there are also violations of the law.”2

“Like the Soviets, the CCP’s dictators are never shy of saying that law is the party’s instrument to destroy enemies,” write Bradley A. Thayer and Lianchao Han, and “the Communist Party always remains above the law.”3

The ends sought by the CCP justify the means, even if the means involve deceit, racism, and human rights abuses. As Cheng wrote, “Current PRC behavior suggests that one should not necessarily expect the Chinese to refrain from engaging in activities they condemn in others.”2

This approach is essentially “unrestricted lawfare,” the use and abuse of the U.S. legal system by the CCP to weaken America, break the will of the people, and exert its own sphere of political control beyond its own borders, weaponizing the American judicial system to persecute Chinese dissidents on American soil and punish whistleblowers.

The CCP has demonstrated before the watching world a willingness to use mass murder and genocide to further the communist agenda, and so it perhaps comes as no surprise that antisemitism is not off limits. 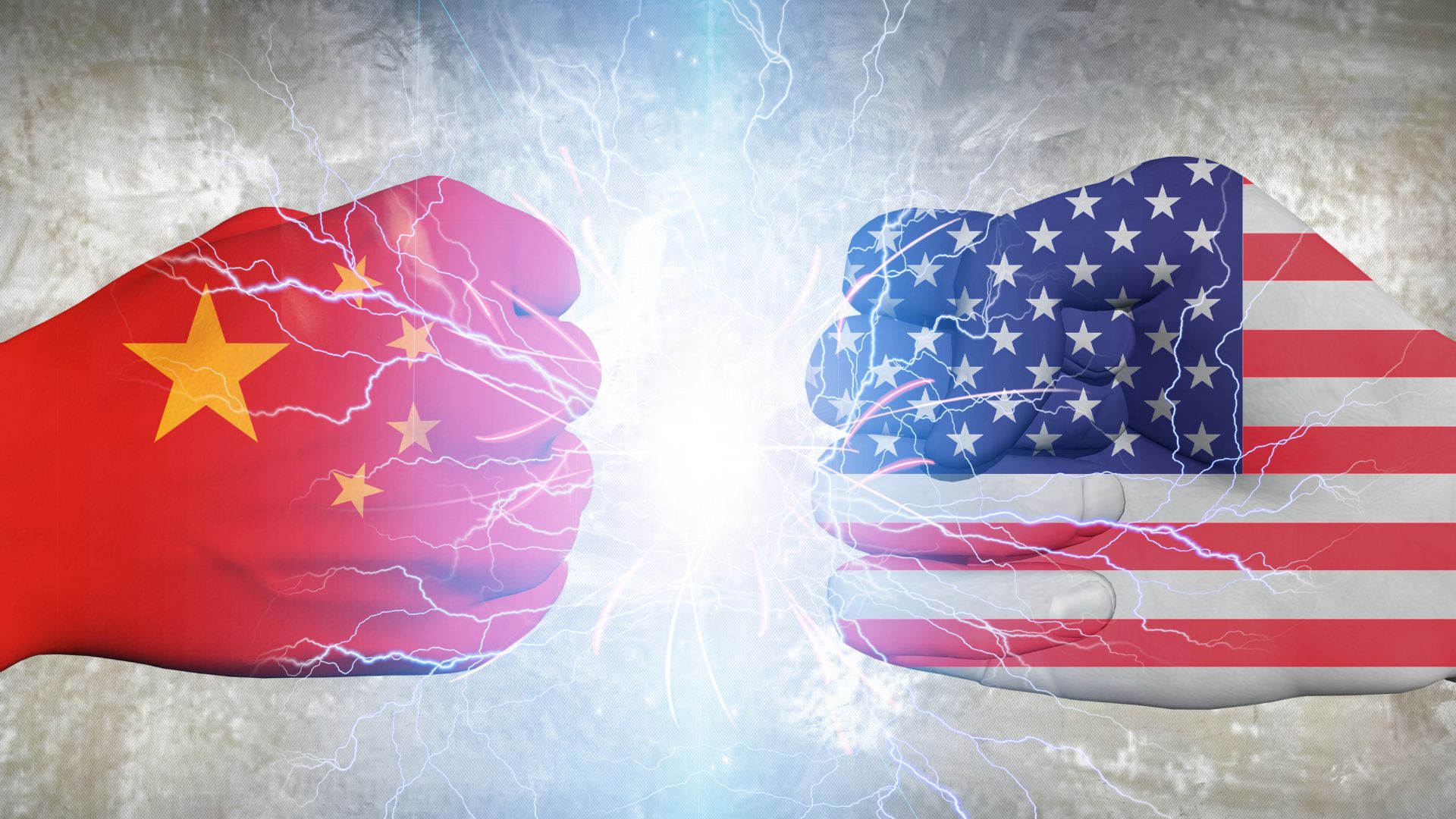 Antisemitism as a Weapon: A Current Case Study

Witness the legal persecution of high-level Chinese dissident, Ho Wan Kwok (Miles Guo). This ongoing battle is a cautionary tale in real time that needs to spark a conversation about whether or not U.S. law firms should be representing the interests of the CCP, either knowingly or by default.

On December 4, Elliot Dordick—a Jewish-American lawyer—filed an ethics complaint with the attorney grievance committee of New York’s First Judicial Department against Paul Hastings LLP and four of its attorneys, including two partners. The complaint stems from filings by those Paul Hastings LLP attorneys in an ongoing bankruptcy proceeding (case number 22-50073) in Connecticut involving a high-profile Chinese dissident, Ho Wan Kwok.

Dordick posted the entirety of his complaint to Twitter, asking, “Why would these Paul Hastings LLP attorneys repeatedly cite a notoriously antisemitic, racist, anti-immigrant website in federal court to attack a Chinese dissident seeking asylum in the U.S. without telling the court of the nature of their source?”

The source in question is The Unz Review, a website founded by Ron Unz, who the ADL said “has denied the Holocaust, endorsed the claim that Jews consume the blood of non-Jews, and has claimed that Jews control the media, hate non-Jews, and worship Satan.”

According to Dordick’s complaint, Chapter 11 Trustee Luc Despins and the other Paul Hastings attorneys substantively cited The Unz Review at least five times over several pages to justify their beliefs about the debtor’s alleged actions. The Unz Review article cited by Despins and the other Paul Hastings LLP attorneys was written by Pepe Escobar, who the U.S. State Department said is involved in “disinformation campaigns by foreign, authoritarian states.”

Dordick pointed out that while Despins and the other Paul Hastings LLP attorneys made sure to remind the bankruptcy court of its obligation to view the Department of Justice-appointed bankruptcy trustee’s evidence with deference, they “conveniently” failed to mention noteworthy aspects of the evidence’s source.

On Twitter, Dordick continued, “I’m stunned to see this coming from such a prestigious firm. I took it upon myself to file the ethics complaint attached to these posts immediately upon discovering their actions. This legitimization of such an outrageous source has no place in our courtrooms.” 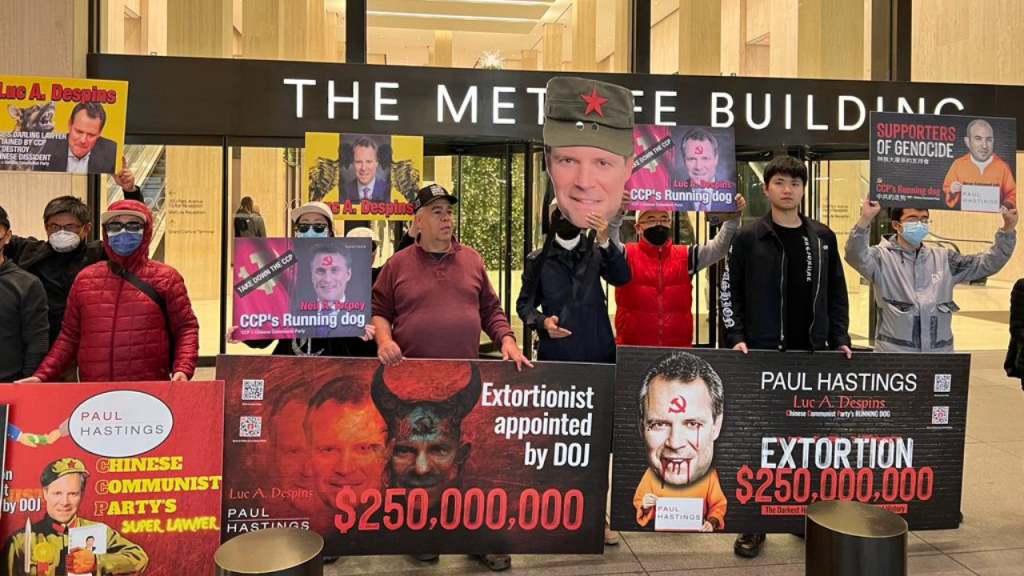 In a recent GETTR post, Miles claimed that the trustee has a profound connection and partnership with Pacific Alliance Group (PAG) in Communist China.4 “The appointment,” according to an Aussie News Brief story, “has an obvious conflict of interest and also reflects the infiltration of the U.S. judiciary system using unrestricted warfare tactics. Luc A. Despins is a partner of the law firm Paul Hastings LLP, which has developed business relations with PAG in a $671M bid for Spring REIT…and many other companies tied with the Chinese Communist Party (CCP).”

“The infiltration of the U.S. judiciary system accumulated over the years,” according to the report, “as the CCP’s judicial unrestricted warfare plan intended.”

Dordick requested that the attorney grievance committee office, to which he submitted his complaint, investigate Paul Hastings LLP, Despins, and the other Paul Hastings LLP attorneys for potential ethics violations of rules related to dishonesty, deceit, and misrepresentation; conduct prejudicial to the administration of justice; conduct that adversely reflects on a lawyer’s fitness as a lawyer; and the failure to adequately supervise lawyers at the firm.

“How could Paul Hastings LLP possibly claim it properly oversees its attorneys if they lend credibility to sources of hatred in federal court?” Dordick wrote in a post on GETTR.

Supporters of the New Federal State of China (NFSC), a movement seeking to take down the Chinese Communist Party and liberate the Chinese people, flooded the comments sections of Dordick’s social media posts with messages of support and solidarity with the Jewish community. Comments indicate strong opposition to any promotion of antisemitic outlets in federal court by anyone, let alone attorneys at influential or respected law firms.

The struggle between Guo and Paul Hastings LLP is just one battle amid an ongoing war for hearts, minds, and ultimately, global hegemony. The government of the United States would do well to commit significant resources and scrutiny to ensure this is a war we do not lose.