Cyborg Insect Books is proud to announce the release of a new novel, Antunites Unite by Terry Birdgenaw, which launched as Amazon’s #1 Hot New Release for Post-Apocalyptic Fiction and was awarded a 5-star seal from Readers’ Favorite Book Reviews.

Neuroscientist Terry Birdgenaw never intended to write fiction, but his wife’s challenge and COVID-19 stay-at-home orders created a perfect storm of motivation and opportunity. Annoyed by plot suggestions that were too mature for her audience, Children’s Author, Ann Birdgenaw, suggested Terry write a backstory for her book targeted at young adults. Terry took the bait! But he enjoyed writing fiction so much that the backstory became a trilogy. Antunites Unite is the third book of The Antunite Chronicles.

Antunites Unite is a dystopian story where malicious leaders plunge the society into an abyss that shackles the free will of its citizens who only generations before returned to their rejuvenated planet. Hungry for power, the tyrant Rust slaughters his enemies and bioengineers hybrids and stratified castes of oppressed ANTs. Can the clawful of Bilalunan spies that infiltrate the planet bring down this tyrannical cabal? Antunites Unite, is a Brave New World out of this world. It is speculative fiction where rebel spies must dismantle a dystopian regime that uses histrionics, bionics, and socionics to subjugate its populace. It provides an illuminating look at how autocracies can impose radical change and the desperate measures required to reverse it.

The first and second books of The Antunite Chronicles also feature heroes battling leaders who use propaganda and tyranny to obtain power and wealth. Book 1: Antuna’s Story follows the lives of Earth insects transported through a wormhole to a far-off planet they call Poo-ponic. Young Antuna encouraged the settlers to work together, but hexs later, conflicts resumed. Despite her convictions, Antuna could not save herself or her diverse friends from the devastation of war. Book 2: The Rise and Fall of Antocracy is an Animal Farm-like story that tracks the insects’ evolution to cyborg insects, the growth and decline of a fledgling democracy, and the destruction of life on the planet caused by a long-ignored climate crisis. It also follows the utopian society created by a group of cyborg insects that escape to Poo-ponic’s moon Bilaluna before Poo-ponic’s atmosphere collapses.

Although Birdgenaw riddled the novels with details about insect behavior, he is not an entomologist. Yet his Ph.D. studies in neuroscience and psychology allow him to understand human behavior and what makes autocrats tick. Insect and human behavior are quite similar, as both work together to enhance survival and fight those seen as different. Humans have the same core motivations as their tiny neighbors underfoot. Visit the author at TerryBirdgenaw.WordPress.com. 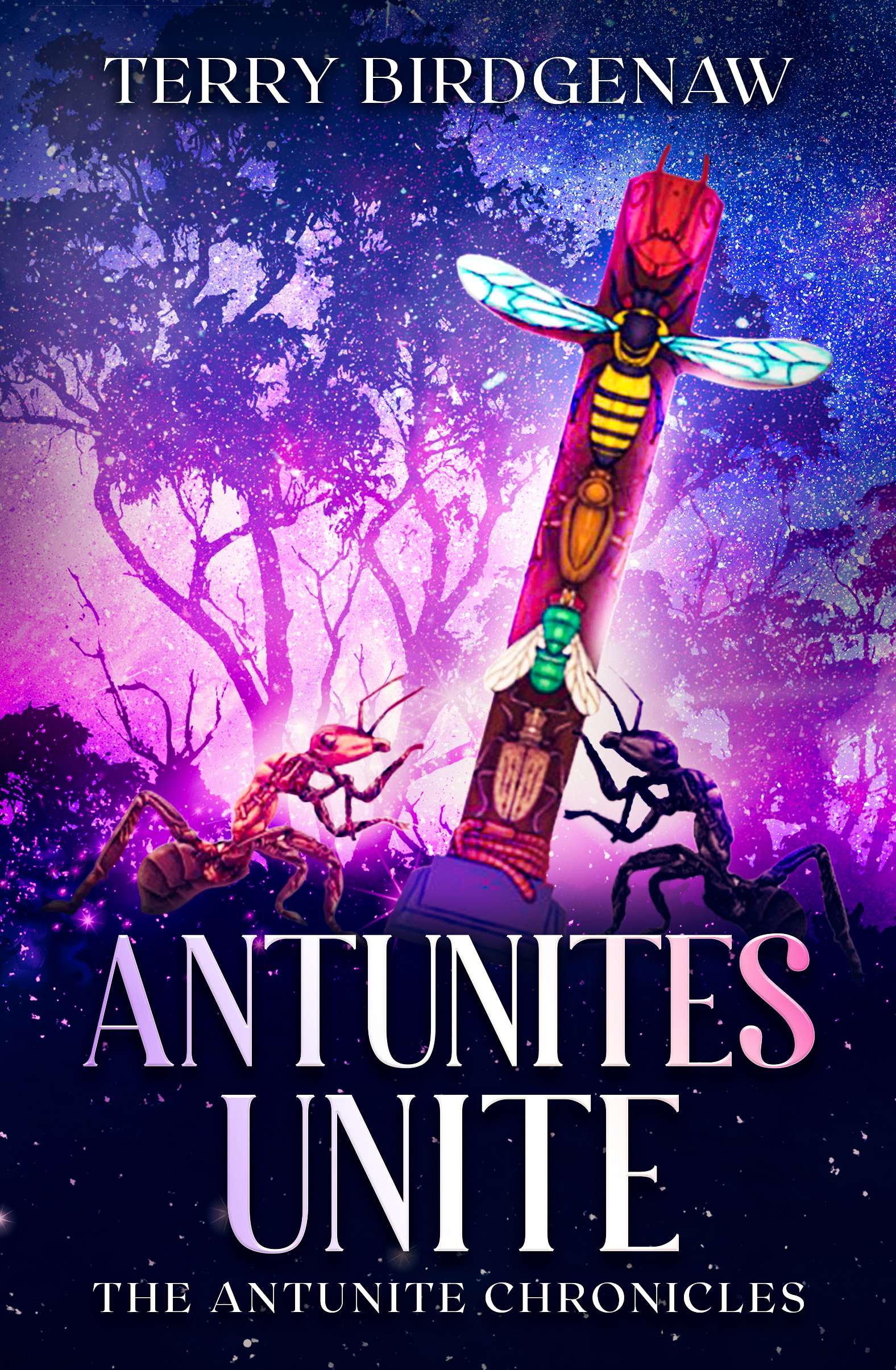